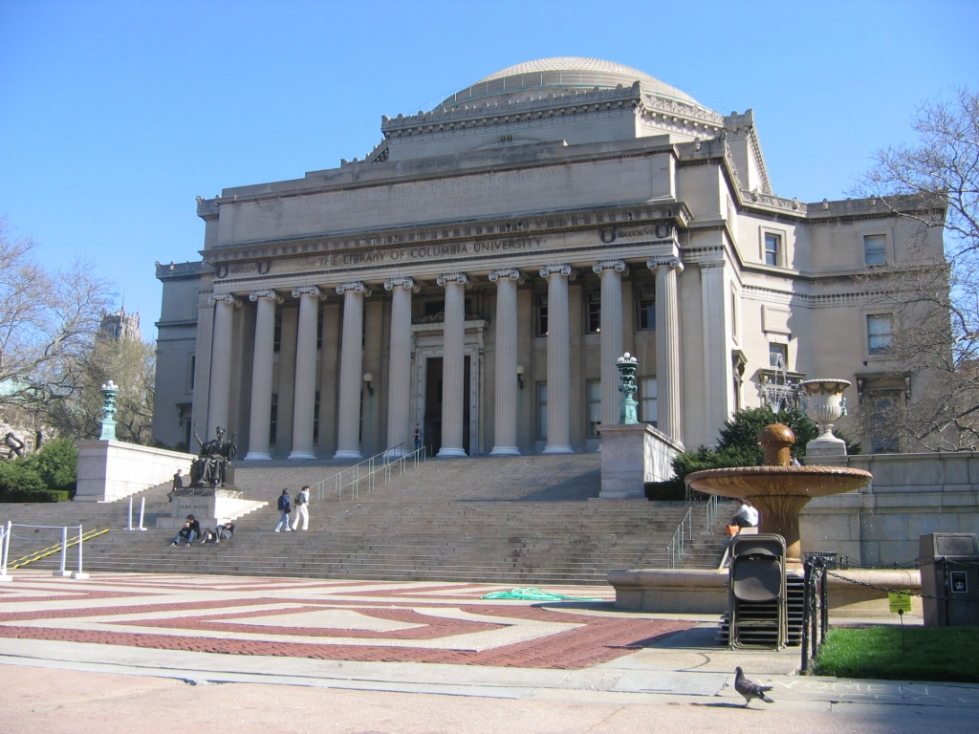 ‘Slavery was not genocide, otherwise there wouldn’t be so many damn blacks in Africa or in Britain, would there?’ With that sentence, in a video interview posted earlier this month, David Starkey, the Tudor historian and documentarian, destroyed his career. Defenestrated by the institutions that had honored his scholarly achievements (Lancaster University; the Royal Historical Society; Fitzwilliam College, Cambridge), that had given him an academic home (Canterbury Christ Church University), and had paid him (his publisher, HarperCollins), Starkey, age 75, is now, and will certainly forever be, adrift and unemployable. No one has publicly defended Starkey’s comment, and Starkey himself has called it ‘clumsy’ and ‘deplorably inflammatory’. And surely it is entirely a private matter, if, because of that utterance, Starkey’s acquaintances and colleagues should choose to upbraid or to shun him. However, in the case of the above institutions, with one partial exception, the only appropriate response would have been no response whatsoever.

Except for Starkey’s publisher, those institutions are academic bodies that recognised, supported or employed Starkey not because they approved of his politics or his ‘values’ (a nebulous term to which all those institutions genuflected when banishing him), but because they recognised and approved of his scholarship. The sole purpose of any academic institution is – or should be – to pursue and advance knowledge and understanding. This requires a forum free from official censure, so that scholars may pursue any question and consider any view, however despised. Such institutions cannot, therefore, apply any political or moral litmus test to the ideas and speech of their constituent scholars. Thus, in a controversy that heralded the Free Speech Movement, Ernst Kantorowicz, the German emigre medievalist and deeply conservative anti-Communist (and anti-Nazi), famously argued in 1949 that, by requiring a loyalty oath to weed out Communists and Communist sympathisers on its faculty, his adopted institution, the University of California at Berkeley, would destroy itself as an academic community. For the academy to serve its proper function, Kantorowicz recognised, the only criteria for membership must be professional competence and scholarly ability – not the forswearing of any creed, however apparently reprehensible. Furthermore, because academic ability is the only basis by which scholarly institutions can judge their scholars and students, and because those institutions must provide an unfettered environment in which the individual scholar can pursue truth as he or she sees it, these institutions must, themselves, be strictly neutral on political, social and moral questions, no matter how right and settled the answers to those questions may seem.

The most forthright and eloquent argument for such institutional neutrality remains the 1967 statement drafted by the great constitutional scholar, Harry Kalven Jr, for the University of Chicago. The ‘Kalven report’ states that ‘a university faithful to its mission will provide enduring challenges to social values, policies, practices and institutions’. But, the report explains, ‘the instrument of dissent and criticism is the individual faculty member or the individual student. The university is the home and sponsor of critics; it is not itself the critic.’ Because a university must ‘maintain an independence from political fashions, passions, and pressures’, it is ‘a community but only for the limited, albeit great, purposes of teaching and research. It is not a club, it is not a trade association, it is not a lobby.’ And because the university is a community only for these limited and distinctive purposes, the Kalven report argues:

‘It is a community which cannot take collective action on the issues of the day without endangering the conditions for its existence and effectiveness. There is no mechanism by which it can reach a collective position without inhibiting that full freedom of dissent on which it thrives. It cannot insist that all of its members favour a given view of social policy; if it takes collective action, therefore, it does so at the price of censuring any minority who do not agree with the view adopted. In brief, it is a community which cannot resort to majority vote to reach positions on public issues… It should not, therefore, permit itself to be diverted from its mission into playing the role of a second-rate political force or influence.’

In short, as the Kalven report explains, scholarly institutions must refrain from deciding social and political questions on behalf of their students and faculty, and they should simply not concern themselves with the views of their students or faculty, no matter how deplorable some or most may find those views.

The Kalven report’s embrace of institutional neutrality, and of the notion that a scholarly institution’s remit doesn’t cover policing the opinions or non-academic conduct of the scholars within it, was hardly limited to American academe. Twelve years after the Kalven report was issued, the British intellectual establishment was riven by the case of Anthony Blunt, one of Britain’s two or three most esteemed art historians and the former director of the Courtauld Institute at the University of London. Blunt had served as a Soviet agent from early 1937, through his wartime service in MI5, and up to 1964, when he was forced to confess to the UK security services (he was only publicly unmasked as a traitor in 1979). Blunt’s actions were, as today’s nomenclature would have it, problematic. In a period that encompassed the Great Terror, he had committed treason on behalf of Stalin’s Soviet Union, the most murderous regime in history; he passed on 1,771 secret documents to that regime, many even while it was allied with Nazi Germany, a state with which Britain was at war, and the secrets Blunt gave to Moscow may well have been conveyed to Berlin. Soon after his unmasking, Blunt was fairly described by the critic George Steiner as ‘a KGB minion whose treason… almost certainly did grave damage to his own country and may well have sent other men – Polish and Czech exiles, fellow [British] intelligence agents – to abject death’.

Although some academic institutions with which Blunt was affiliated, revolted by his treachery, disassociated themselves from him, the most important ones did not. Oxford did not withdraw Blunt’s honorary degree (unlike Lancaster University, which is set to withdraw Starkey’s honorary degree) (1). London University, where Blunt was an emeritus professor, held that his position there had been conferred solely for his academic achievements, achievements that were unaffected and undiminished by his personal, moral and political transgressions. The British Academy took a similar line, its fellows voting by a 3-1 majority that Blunt should remain a fellow. As another fellow, and the director of the London School of Economics, Ralf Dahrendorf explained, ‘the British Academy is about scholarship, and that was the decision we took – by a handsome majority’. The arch-Tory historian Hugh Trevor-Roper justified his vote not to expel Blunt more crudely: ‘The Academy is not a tribunal of morals. If we say we’ll expel so-and-so because he’s a shit, we’ll have to have a whole new set of rules.’

Apparently that new set of rules has been applied to Starkey. It’s not exactly that British academe has forgotten the old rules, it just applies them selectively. Although a chorus of critics called for Cambridge to punish its professor Priyamvada Gopal for proclaiming on Twitter ‘White Lives Don’t Matter. As white lives’, Cambridge responded – rightly – that ‘the university defends the right of its academics to express their own lawful opinions which others might find controversial’. Cambridge’s stance on Gopal’s academic freedom also reflects the law. The Education Reform Act of 1988 and the Higher Education and Research Act of 2017 require that universities ‘ensure that academic staff have freedom within the law to question and test received wisdom, and to put forward new ideas and controversial or unpopular opinions, without placing themselves in jeopardy of losing their jobs or privileges they may have at their institutions’ (emphasis added). Strictly speaking, Starkey might not be considered to have been a staff member of any of the institutions that defenestrated him (the Acts don’t define the term ‘academic staff’). But the Acts’ provisions – and Cambridge’s position on Gopal – merely reflect the principles of academic freedom and of the institutional neutrality that safeguards that freedom: the institutions that expelled Starkey, as academic institutions, should abide by those principles. Instead, in justifying their expulsion of Starkey, these institutions cast aside those principles to indulge in an oleaginously bullying enforcement of what they see as political morality. Fitzwilliam College, Cambridge was particularly brazen in its doublethink, declaring in the same sentence that ‘we support and promote freedom of speech in our academic community, but we have zero tolerance for racism’. Obviously, the preening slogan in the second clause – nicked from the American War on Drugs – renders the first clause meaningless.

Plainly, had Starkey, say, worked to deny the hiring of a black scholar or the admission of a black student because of that person’s race, then his conduct would violate his duty to scholarship and to academe, and these institutions would be justified in punishing or expelling him. But just as plainly, that is nothing like the case here. Violating the principles of institutional neutrality and of free expression – and echoing the Cold War era’s loyalty oaths – those institutions have imposed a set of non-academic criteria (what they call ‘values’) to which their members must adhere. Utterances that deviate from those widely held and perhaps laudable values will be punished with expulsion. The stance of Starkey’s publisher also corrodes academic and intellectual life. True, Starkey’s publisher isn’t a university press, and is therefore not bound to uphold academic freedom; it can choose not to publish anyone for any reason. But in addition to avowing never to publish Starkey’s work in the future, HarperCollins has promised to consider withdrawing from publication Starkey’s ‘existing backlist in light of his comments and views’. Why Starkey’s recent comment would provoke a reevaluation of his books on the Tudor monarchy is difficult to discern. Moreover, memory-holing books because their author has been deemed politically or morally suspect is not only Stalinesque — worse, it vandalises intellectual and literary life. It literally reduces our store of knowledge and understanding. This isn’t a question of being unfair to Starkey; it’s unfair to the public. Needless to say, after Anthony Blunt was unmasked his books rightly remained in print; (academic) presses continued to publish his work; and the TLS, Burlington Magazine and other journals continued to publish his articles. But the reactions of the scholarly bodies to which Starkey belonged shows how far we have progressed from those unenlightened days when the historian AJP Taylor would see fit to declare, when asked if the British Academy should jettison Blunt: ‘It’s none of our business, as a group of scholars, to consider matters of this sort. The academy’s only concern should be his scholarly credentials, which are unaffected by all this.’