Benjamin Schwarz is a writer and editor. He is at work on a post-revisionist biography of Churchill, to be published by HarperCollins. 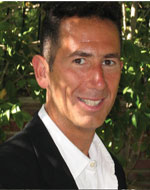 From 2000 to 2013 Schwarz was literary and national editor of the Atlantic. The Los Angeles Times wrote that Schwarz had “reshaped the venerable magazine’s book section into the shrewdest, best-written and most surprising cultural report currently on offer between slick covers.” The writers he recruited as regular contributors to his section included Christopher Hitchens, Clive James, Perry Anderson, Joseph O’Neill, Terry Castle, Caitlin Flanagan, Jed Perl, Sandra Tsing Loh, Mona Simpson, and B.R. Myers. Articles in Schwarz’s section were National Magazine Award finalists or winners in the Criticism category from 2000 to 2009. The subjects of his articles, essays, and reviews ranged from fashion to the American South, from current fiction to the archaeology, from foreign policy to architecture, from the history of slavery to the history of childhood, and from international economics to Hollywood. The Columbia Journalism Review described Schwarz as “the magazine’s in-house intellectual.”

Before joining the editorial staff of the Atlantic, Schwarz was a national correspondent for the magazine. From 1995 to 2000 he wrote a series of provocative articles arguing that America should play a greatly diminished global role. He also wrote a celebrated group of critical essays on historical and literary subjects; in 1999 he won the the National Book Critics Circle’s award for literary criticism for his essays in the Atlantic and in the Los Angeles Times Book Review, where he was a contributing writer.

From 2020 to 2022 he was the Chief Executive Officer of the U.S. Free Speech Union, the sister organization of the U.K. Free Speech Union, where he conceived the organization’s mission and strategy; wrote or commissioned all the essays for its Substack; and recruited for his advisory council a distinguished group that included Noam Chomsky, Andrew Sullivan, Nadine Strossen, John R. MacArthur, Steven Pinker, Amna Khalid, and Geoffrey Stone.  From 2014 through 2017, he was the national editor of the American Conservative magazine, where he wrote a series of articles on social changes in postwar Britain and on gentrification in contemporary American cities. He also commissioned features and reviews, largely by writers on the political left. From 2013 to 2017 he was the consulting editor at large for Yale University Press, where he has commissioned books by Clive James and David Free, among other writers.

From 1996 to 1999 Schwarz was the executive editor of World Policy Journal, where he was primarily responsible for determining the editorial direction of the magazine’s coverage of international security, international economics, books, and global culture. There he conceived, assigned, and edited five of the 43 articles that the Congressional Research Service selected at the request of the US Senate as the most path-breaking articles on America’s changing role in the post-Cold War era; World Policy Journal published more articles cited by the CRS than any other publication, including Foreign Policy and Foreign Affairs.  Schwarz was also a senior fellow at the World Policy Institute of the New School for Social Research, where he conducted research and led study groups on international security and international political economy.

Before that, Schwarz was for seven years a foreign policy and national security analyst at the RAND Corporation, where he researched American global strategy, counterinsurgency, counterterrorism, East Asian and European security affairs, and US military doctrine. At RAND he wrote a widely cited and highly critical assessment of American counterinsurgency doctrine and practice. Before his stint at RAND, Schwarz was a staff member of the Brookings Institution.

In 2002 and in 2011-2013 he was a visiting scholar at the Center for Social Theory and Comparative History at UCLA.