THE EXQUISITE COMPLICATIONS OF THOMAS JEFFERSON 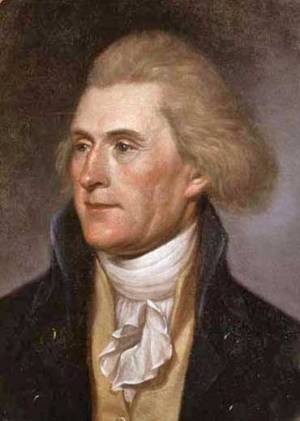 Over the past 25 years historians and pundits have attacked Thomas Jefferson on several fronts. They have criticized his stance on issues ranging from civil liberties to states’ rights to the French Revolution and have, above all, castigated him for his pseudo-scientific racism and his belief that there was no place for free black people in American society. Fifty-six years ago, Jefferson was, according to Franklin Delano Roosevelt, America’s “Apostle of Freedom,” and today liberal commentator Michael Lind likens him to Strom Thurmond, disparaging him as a “Southern reactionary.” Irish journalist and diplomat Conor Cruise O’Brien calls him America’s “spellbinding and anarchic racist prophet.”

Historian Joseph Ellis, who previously wrote an admiring study of Jefferson’s political enemy John Adams, has in “American Sphinx” delivered a far more subtle but nevertheless damning blow to Jefferson’s already battered reputation. Rather than focus on such chewed-over subjects as Jefferson’s racial attitudes, Ellis concentrates on Jefferson’s character, which he nicely defines as “the animating principles that informed his private and public life.”

This is a famously elusive quarry. Jefferson was riddled with ambiguities and contradictions; he was an exquisitely complicated man. Henry Adams–whose insights into Jefferson’s career as secretary of state and president remain unmatched–described over a century ago the difficulty of capturing Jefferson when he noted that “a few broad strokes of the brush would paint the portraits of all the early presidents with this exception. . . . Jefferson could be painted touch by touch, with a fine pencil, and the perfection of the likeness depended upon the shifting and uncertain flicker of its semi-transparent shadows.” Jefferson’s most authoritative living biographer, historian Merrill Peterson, spent more than 30 years pursuing his subject and still was forced to make the “mortifying confession” that “Jefferson remains for me, finally, an impenetrable man.”

Although there are a crop of recent biographies of Jefferson, along with the standard, hagiographic studies by Dumas Malone and Peterson, we have long needed the kind of book that Ellis has written. Few general readers have the stamina to get through Malone’s six volumes, while Peterson’s 1,009 pages are hardly more inviting; those who do take the plunge find that both Malone’s and Peterson’s highly detailed studies, which resemble official biographies, too often miss the forest for the trees. Furthermore, both works are essentially political biographies in which the “life” usually takes a back seat to the “times.” The recent, popular works by Noble Cunningham and Willard Sterne Randall read like synopses from Malone and Peterson and are limited in much the same way as their big cousins. On the other hand, Fawn Brodie’s controversial and now underrated 1974 book on Jefferson suffers from the opposite problem. An “intimate biography,” Brodie’s work leaves unasked and unanswered questions about Jefferson’s place in history and what he means for America.

In many ways, Jefferson has been best revealed not by his full-fledged biographers but by his pen portraitists. Adams, literary critic Leo Marx and historians William Freehling, Stanley Elkins and Eric McKittrick have written elegant and penetrating character studies of Jefferson that are embedded in works on broader subjects. They are all frustratingly brief. In his book-length character study, Ellis wisely chose not to recount Jefferson’s entire life, but instead to concentrate on several episodes, including his membership in the Continental Congress, the first term of his presidency and his final retirement. In so doing, Ellis has illuminated several well-known aspects of Jefferson’s character, most of which are unattractive. Ellis is especially perceptive and persuasive in painting Jefferson as a master of self-deception, rather than as the hypocrite his contemporary enemies perceived. Jefferson, almost pathologically afraid of internal conflict, had a great talent for avoiding unpleasant realities–exemplified in his artful way of disguising the slave quarters on his mountaintop–and for holding steadfastly and sincerely to beliefs his actions contradicted. He had, as Ellis remarks, “the deep deviousness only possible in the dedicated idealist.”

Jefferson’s ideals (usually) engendered in him an optimism peculiar among the founding fathers, but it also made him rigid and 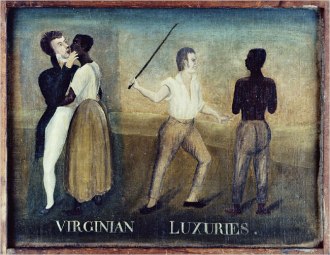 doctrinaire. He was at his best on occasions calling for the vigor of simple dichotomies. One important reason for the decline in Jefferson’s reputation is that, once the hagiographic shroud is removed, it’s impossible to ignore these unpleasant aspects of his character and their ramifications for his personality. Even Peter Onuf, who succeeded Peterson as the Thomas Jefferson Memorial Foundation Professor at the University of Virginia, writes of Jefferson: “This was a character that, for all its fascination, many present-day scholars find discomfiting, if not repellent. There is something alien and inaccessible about Jefferson–something attributable not simply to temporal and cultural distance.” John Adam’s obnoxiousness is endearing; Hamilton, for all his pseudo-aristocratic disdain, was courageous, generous and charming. Jefferson, however, becomes more self-righteous, humorless and prickly the more one learns about him.

Furthermore, although Ellis doesn’t explicitly make this argument, his assessment reflects a growing sense among scholars that Jefferson’s reputation as a “genius” is in many ways undeserved. As Jefferson’s actual political beliefs–strict construction; direct, participatory democracy–have increasingly been deemed irrelevant or wrong, his reputation has increasingly revolved around his image as America’s renaissance man, exemplified by John Kennedy’s oft-quoted remark to a group of Nobel laureates that they were “the most extraordinary collection of talent . . . that has ever been gathered at the White House, with the possible exception of when Thomas Jefferson dined alone.”

Jefferson was undoubtedly accomplished in many fields, but in his aesthetic and intellectual tastes, he appears derivative, the overeager provincial at pains to appear enlightened and progressive. He assembled at great expense an undistinguished collection of art that would mark him, as architectural historian Jack McClaughlin notes, as a “gentleman of taste,” and advocated a bill of rights, as historian Gordon Wood points out, not because he had examined the need for one, as had his protege James Madison, but because a “bill of rights was what good governments were supposed to have. All his liberal aristocratic French friends said so.”

Jefferson’s one book–“Notes on the State of Virginia”–is an impressive ethnographic, geographic and zoological compendium, but, as such, has long been of merely antiquarian interest. Along with his speculations on the innate intellectual inferiority of blacks, the “Notes” contains Jefferson’s most lengthy discussions on education, agrarianism and democracy, but these are woefully undeveloped, leaving scholars to puzzle for over a century over the true meaning of his political philosophy. If, as the progressive historians would have it, American politics was a story of the struggle between Hamiltonians and Jeffersonians, the latter were always at an intellectual disadvantage, since their founder never produced an exegesis of his economic and political thought, as had Hamilton in his “Report on the Subject of Manufactures,” which limned America’s capitalist development, and in his essays in “The Federalist Papers,” a collection that constitutes the most original American contribution to political theory.

The “Notes” is no “Federalist Papers.” Nor is the Declaration of Independence. Throughout his book, Ellis can’t resist taking jabs at what is by far Jefferson’s best-known achievement, clearly siding with Adams, who asserted that the Declaration was merely what it was intended to be–eloquent propaganda, “dress and ornament, rather than body, soul and substance.” Jefferson acknowledged that in writing it, he was “neither aiming at originality of principle or sentiment” and that he drew his ideas from “the harmonizing sentiments of the day.” Ellis’ view of Jefferson as a political thinker is summed up in a backhanded compliment, which a liberal commentator could have written about Ronald Reagan: “Jefferson’s genius was his ability to project his vision of politics at a level of generalization that defied specificity and in a language that seemed to occupy an altitude where one felt obliged to look up and admire without being absolutely certain about the details.” “American Sphinx” is a portrait of an intelligent but conventional mind, albeit one with a facility for lending grace to conventionalities.

Although Ellis is a fine historian, he occasionally lapses into anachronism when attempting to explain Jefferson’s political views to late 20th century readers. Specifically, Ellis is stretching when he tries to tar Jefferson with the brush of Newt Gingrich, assuring us that “the Cold War was waged within the intensely moralistic and dualistic Jeffersonian categories of thought.” A tendency to divide the world into good and evil is hardly peculiar to Jefferson. Ellis could equally well blame the Cold War on Manichaeism or Christianity, for that matter.

Similarly, Ellis absurdly claims that “the conservative wing of the Republican Party[‘s]” view of “the American government . . . as our domestic version of the Evil Empire” is also, “pure Jefferson.” Like many modern writers, Ellis is appalled by Jefferson’s anti-federalism. Jefferson was suspicious of the growing power of the federal state, which he believed to be a “government of an aristocracy, founded on banking institutions, and moneyed corporations,” and he was hostile to what he saw as the concomitant emergence of a market society that would force people to “eat . . . one another.” He championed direct local community involvement in as many political decisions as possible. He was certainly no New Dealer.

To use another anachronism, this Jefferson sounds to me more like the late radical historian William Appleman Williams than a right-wing Republican. But Jefferson, of course, was like neither, and it is difficult enough to pin down his semi-transparent shadows without appropriating him in causes that are not his own.