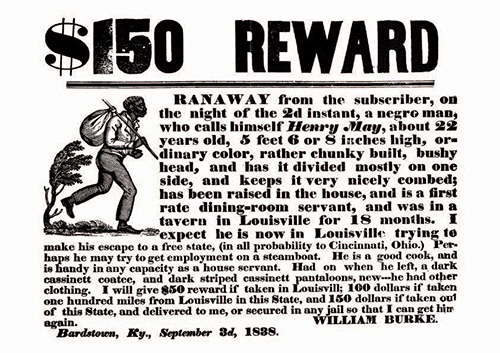 The study of slavery is one of the glories of American historical scholarship. Over the past 40 years no aspect of our history has inspired more works of such sophistication and subtlety. Unfortunately, a number of recent books, mostly works aimed at the general reader, have taken a step backward. Their authors, understandably appalled by the brutality of slavery, have sought to expose and condemn rather than to penetrate and explain. The result has too often been little more than defiant indictments of slavery, a subject about which there would seem already to be a moral consensus.

At times ”Runaway Slaves,” by the historians John Hope Franklin and Loren Schweninger, reads like just such a crude condemnation. The authors assert, for example, that one of their purposes is to reveal ”the cruel, often inhuman nature” of slavery. By examining various aspects of slave resistance and flight during the antebellum era, Franklin and Schweninger propose to correct the thinking of the ”many people” who ”still believe that slaves were generally content, that racial violence on the plantation was an aberration and that . . . few . . . ran away.” But in this, the authors are kicking down a door already flung open. Historians have repeatedly demonstrated that resistance and flight were pervasive features of slavery.

Furthermore, the authors’ approach is far more descriptive than analytical. Assiduous researchers, they have catalogued and categorized in a ”Runaway Slave Database” a wealth of information, which they impart extensively in their book. Although scholars will probably find much of this material useful, it makes ”Runaway Slaves” read more like a research report than a work of history. Detail is piled on detail and, throughout, the evidence is too thick and the interpretation too thin.

We do, however, need a book on the subject Franklin and Schweninger address. Other scholars have examined aspects of slave resistance and flight in a host of learned articles and books and have imaginatively analyzed these subjects in more general works (most successfully, Eugene Genovese’s ”Roll, Jordan, Roll” and Peter Kolchin’s ”Unfree Labor”), raising provocative and at times disturbing questions about slave life and the nature of the slave system. ”Runaway Slaves,” however, fails to provide the assessment and elaboration these previous interpretations demand.

For instance, the authors agree with other scholars who have argued that by far the most common form of slave protest was ”day to day resistance” — shoddy work, feigned illness, lying, petty theft, arson and vandalism. But this borderline protest was so ambiguous that previous historians have not convincingly determined when — and exactly to what — it constituted resistance. ”Runaway Slaves” does nothing to sharpen this discussion. More important, Franklin and Schweninger fail to consider the extraordinarily important point raised by both Genovese and Kolchin: that this form of resistance, while a pervasive irritant to slaveholders, also exacted a high price from slaves. Day to day resistance fostered patterns of behavior that accentuated dishonesty, trickery and shirking, and also encouraged the widespread mistreatment of livestock (behavior that, as Franklin and Schweninger note, ”bordered at times on the sadistic”). It thus sometimes engendered degradation and self-contempt in slaves, encouraged antisocial tendencies corrosive to the slave community and reinforced among whites their own sense of superiority toward blacks, often leading to further self-contempt among slaves.

Other forms of resistance, equally complicated in their repercussions, also go unassessed. Franklin and Schweninger don’t explore, for instance, the implications of the small but significant number of what they term ”belligerent, hate-filled and violent” slaves, as well as the escaped ”outliers” in the swamps and woods who preyed on slaves no less than whites. At the very least these brigands offered a double-edged example to other slaves. On the one hand, by resisting, they reminded all slaves that the whites’ power could be challenged. But on the other hand, they demonstrated just how easily rebellion could lapse into nihilism and self-destructive rage. And by forcing the slave community to turn to the slaveholders for protection, these belligerents compelled their fellow slaves to slip farther into dependency on whites. To be sure, many forms of slave resistance were heroic and selfless, but in neglecting to assess carefully those that were less clearly so, Franklin and Schweninger fail to illuminate one of the most terrible consequences of slavery. As William Wells Brown, himself a famous runaway, eloquently lamented: ”Slavery makes its victims lying and mean; for which vices it afterwards reproaches them, and uses them as arguments to prove that they deserve no better fate.”

Probably the authors’ greatest lapse, however, is that in their zeal to show that slaves weren’t content and compliant, they neglect the complex and crucial relationship between slave resistance and accommodation. Given the enormous obstacles to successful insurrection or permanent escape (including the dangers posed to slave family attachments), most slaves ultimately had little choice but to accept their bondage. Yet they used flight and resistance to control as large a fraction of their lives as they could. The vast majority of runaways, after all, didn’t seek to escape permanently. Rather, they absconded a short distance for a temporary period (usually days or weeks) and generally returned to bondage of their own accord. The trigger for slave flight (even for those who escaped permanently) and for slaves’ violent confrontations with owners and overseers seems almost always to have been a breach by whites of what slaves regarded as standard expectations, most commonly through excessive or unjustified punishment.

Both forms of resistance, then, were means of conservatively defending perceived rights within bondage. By forcing slaveholders and their agents to consider whether an action was worth the response it might provoke (and by assertively reminding the more paternalistically minded slaveholders of their ”obligations”), the slaves set limits to their oppression and sought to make their lives somewhat more endurable within a hated system.