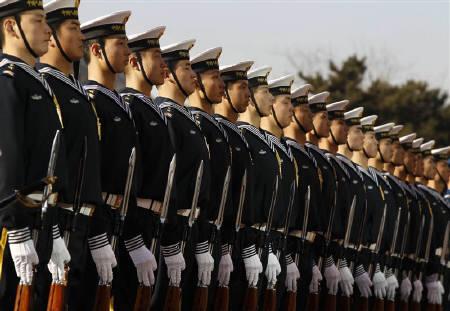 When the Cold War ended, the American foreign policy community cast about for a new threat. Perhaps a resurgent Russia, or “rogue states,” or ethnic conflict, or even “instability” would now be the enemy. But none of these contenders had the geopolitical gravity of our old superpower adversary, nor did they require the sort of global strategizing for which many national security experts are clearly nostalgic. Suddenly, though, a still-controversial World Bank report seemed to point to a potential Great Power threat on the horizon.

Since then, the debate over the “China threat” has resembled the disagreements over U.S. policy toward the Soviet Union during the Cold War. “Hard-liners” and “moderates” argue about China’s capabilities and about whether U.S. aims will be best served by “containing” or “engaging” Beijing, but both groups agree on the underlying goals of American strategy. Both focus on Chinese, rather than American, ambitions; for all their differences, there is no fundamental debate.

To be sure, the moderates have corrected some of the more outlandish claims of those who hype the “China threat.” They have argued convincingly, for instance, that China’s ambitions regarding the Spratly Islands in the South China Sea fail to constitute the geostrategic danger that many hard-liners discern. The hard-liners warn that China’s possession of the islands, which it has claimed uninterruptedly for centuries, would allow it to project naval and air power, disrupting strategically vital sea lanes. But military geography is far more complicated than playing a game of Risk: The Spratlys are too small to support the military facilities that would make them strategically significant and, anyhow, many of the islands are underwater for most of the year.

The moderates also have cut through the arcane debates over the size of the Chinese military budget to demonstrate just how severely limited Beijing’s current military capabilities are. China’s cumbersome armed forces have traditionally been oriented toward the defense of home territory. If China were to make a bid for the mastery of East Asia, it would have to project massive air and naval power far from home. But most of its airplanes are based on 1950s and 1960s technology, and even its few new-generation fighter planes have been called “the most highly perfected obsolete aircraft in the world.” Forget about fighting Japan or the United States; the Chinese Navy, which lacks aircraft carriers, would lose a battle against Singapore, Malaysia or Indonesia.

Even more important, the moderates have emphasized factors other than hardware that constrain Beijing’s military influence beyond its borders. The demands on command, control, communications and intelligence capabilities required to integrate air, land and naval forces are enormous today and, with the continual advances in information technology, are growing nearly exponentially. The upshot is that the United States has such a jump on China in its ability to conduct modern warfare that America’s military preponderance in East Asia will increase, not diminish, in the coming years.

Still, while moderates and hard-liners disagree about how soon, or even if, China may emerge as a threat, they agree on what would constitute a threat to the U.S. in East Asia: anything that would challenge American dominance there.

The moderates repeatedly assert, echoing the hard-liners and the entire U.S. foreign policy community, that America must maintain the balance of power in the region. But this begs the question: What balance? Everyone acknowledges that the United States possesses strategic superiority throughout East Asia. American preponderance, both moderates and hard-liners argue oxymoronically, must be sustained, lest the states in the region begin to jockey for power and advantage among themselves, thereby destabilizing the “regional balance of power.”

The notion that balance can be achieved through domination is the contradiction at the heart of American policy. Obviously, what America defines as balance can easily be seen by another state as hegemony. The moderates, as much as the hard-liners, want U.S. preponderance in East Asia to continue indefinitely. But it should not really be surprising if China has a different perspective and tries to end that dominance.

That the American foreign policy community would regard as a “threat” the efforts of the largest and potentially most powerful state in a region to remedy its weak position reveals more about our ambitions than about China’s. The “sole remaining superpower” might find that recondite debates about Chinese military capabilities are less relevant than Edmund Burke’s 200-year-old warning to his countrymen: “Among precautions against ambition, it may not be amiss to take one precaution against our own. . . . I dread our being too much dreaded.

“We may say that we shall not abuse this astonishing and hitherto unheard-of power. But every nation will think we shall abuse it. Sooner or later this state of things must produce a combination against us which may end in our ruin.”