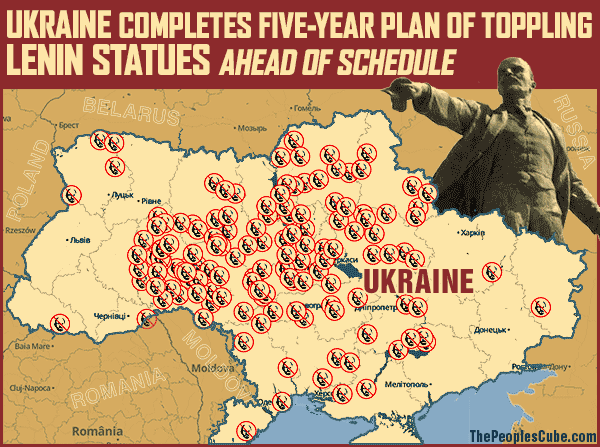 This briskly written, elegantly argued book is a triumph of the art of contemporary history. In fewer than 200 pages the Princeton historian Stephen Kotkin elucidates the implosion of the Soviet empire—the most important and startling series of international events of the past fifty years—and clearly spells out why, thanks almost entirely to the “principled restraint” of the Soviet leadership, that collapse didn’t result in a cataclysmic war, as nearly all experts had long forecast. Eschewing the fashionable academic focus on social movements, and the related notion that the Soviet downfall was owing to an uncontrollable wave of popular support for democracy—and also countering the self-congratulatory idea that unrelenting ideological and military pressure from the West led to the USSR’s demise, Kotkin concentrates instead on Soviet elites, persuasively arguing that the collapse was the outcome of Mikhail Gorbachev’s “pursuit of a romantic dream” of socialist reform.

That dream was rooted in Gorbachev’s sincere belief (shared, as Kotkin shows, by most of the Soviet people) in socialism as “a higher and more humane system than capitalism.” To Gorbachev and many of his generation of Communist Party leaders, socialism had been perverted by Stalin and corrupted by Brezhnev and his geriatric associates and successors. Lamenting the destruction of Czechoslovakia’s Prague Spring, in 1968, Gorbachev and his fellows sought to create “socialism with a human face,” as the earlier Czechoslovakian reformers had termed their aspiration. (In 1987, when a Soviet Foreign Ministry spokesman was asked what the difference was between Gorbachev’s perestroika and the Prague Spring, he replied, “Nineteen years.”) Indeed, Kotkin argues, Gorbachev originally and ardently believed that perestroika sought only to reclaim “the ideals of the October revolution.” (In the early years of reform Gorbachev actually rewrote his speeches to include more Marxist-Leninist theory than even his apparatchik speechwriters had incorporated.) But Soviet socialism, rotten at the core and from its inception, proved immedicable, and the quest to recapture what he (erroneously, I believe) thought to be its founding ideals ultimately led Gorbachev to repudiate not merely the perversions of Leninism but Leninism itself (just as Lenin, who abhorred any form of romantic idealism, would have predicted). Jeanne Kirkpatrick’s notion that (friendly) authoritarian states were preferable to the “totalitarian” Soviet Union because only the former were capable of reform breaks down completely under the weight of Kotkin’s analysis: the Soviet Union not only reformed itself, it reformed itself out of existence.

Just before the Soviet collapse the historian Paul Kennedy noted that “historically, none of the overextended, multinational empires ever retreated to their own ethnic base until they had been defeated in a great power war.” But the Soviet Union acceded to the liquidation not only of its political and economic system but of its empire, and thus relinquished all the territory it had gained in the most destructive struggle in world history. Kotkin’s most valuable contribution lies in reminding us, in chilling detail, that this outcome was hardly preordained. The Soviet leadership could have used its immense military and internal-security apparatus to hold power, regardless of the cost. Yet even while it was faltering, the USSR “did not even attempt to stage a cynical foreign war to rally support for the regime.” And, of course, as Western analysts had always feared, “even if Soviet leaders had calculated that they were doomed, they could have wreaked terrifying havoc out of spite, or engaged in blackmail.” Instead, under Gorbachev’s leadership the Union of Soviet Socialist Republics, the vanguard of world socialist revolution, abolished itself with barely a whimper. Never has the Nobel Peace Prize been more appropriately awarded than to the man who in the end proved more devoted to a romantic dream than to the state he had served for nearly forty years.