EDITOR’S CHOICE: THE LATE ENGLISH WRITER IS OVERDUE FOR THE RECOGNITION AND READERS SHE DESERVES 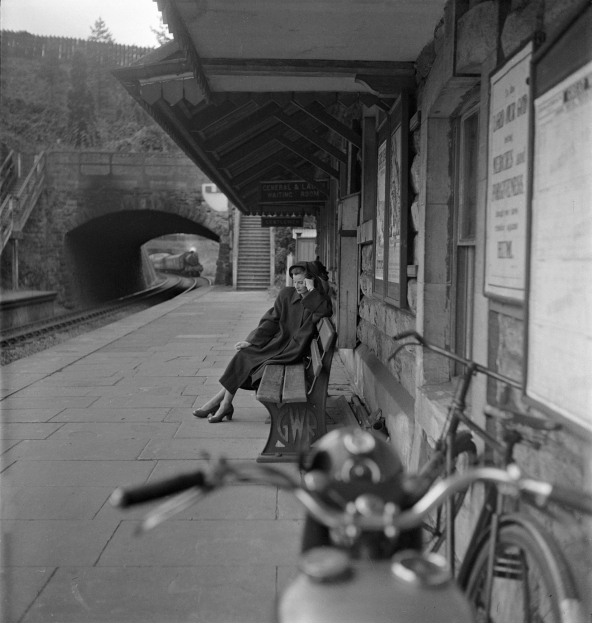 The English author Elizabeth Taylor (1912–1975) is best known for not being better known. She was a member of that characteristically British tribe of mid-20th-century women fiction writers that includes E. H. Young, Rose Macaulay, Ivy Compton-Burnett, Sylvia Townsend Warner, Elizabeth Bowen, Rosamond Lehmann, Mollie Panter-Downes, Sybille Bedford, Barbara Pym, and Edith Templeton. Such a large group necessarily contains a range of sensibilities, talents, and styles, though most of its members took as their subject the domestic lives of middle- and upper-middle-class women, and nearly all preferred wit and well-bred understatement to zeal or exploring Big Themes. Some were stellar, others high-second-tier. None had—or has—as passionate and select a coterie of devotees as Taylor. Her enthusiasts, driven during her lifetime and, most poignantly, after her death, have been as tireless as they have been unsuccessful in securing for her what her stalwart admirer Kingsley Amis called in 1976 “her due as one of the best English novelists born in this century.”

In the 1980s, the U.K. publisher Virago rereleased all of Taylor’s novels and short-story collections, bound in lovely floral covers and sporting introductions by cele­brated British writers of the era, including her friend and champion Elizabeth Jane Howard, who hailed her as one of the 20th century’s most unfairly under­read and under­appreciated authors. But although those critics and writers who’ve read her nearly universally praise her, this big push, like previous efforts on behalf of Taylor’s reputation, failed to budge whoever or whatever is in charge of canonizing authors. Now Virago has doggedly reissued six of Taylor’s novels (Trafalgar Square is distributing the Virago volumes here), this time with snappy, mod covers and with new introductions by fancy writers such as Hilary Mantel and Jonathan Keates, all of whom extol her work and bemoan her neglect.

Taylor’s lack of recognition springs from accident and temperament, from literary tastes and prejudices, and from her artistic approach and ambitions. National Velvet came out in 1944, the year before Taylor’s first novel, At Mrs. Lippincote’s, was published. For her entire career, living and posthumous, every conversation and article about her, and every request for her books, has had to begin “Elizabeth Taylor the writer.” Moreover, Taylor eschewed the London literary scene; she had, as Amis recalled, a “genuine distaste for any kind of publicity—that rarest of qualities in a writer.” Although universally regarded as an extraordinarily thoughtful and polite woman, she was nearly pathologically shy. (Howard recalled trying to interview her on a television show: Taylor, “looking like a trapped and rather beautiful owl,” answered 30 questions in a minute and a half.) Most crucial, in many ways Taylor’s biography fit her subject, and neither appealed to the literary tastemakers.

Like Jane Austen, the writer with whom she’s most often compared, Taylor led a perversely mild and parochial life. Before she was married, she worked as a governess and a librarian. With her husband, the director of his family’s confectionery company, she had a boy and a girl (her fiction displays a remarkable ear for the speech of children and a subtle grasp of their peculiar obsessions, suspicions, and insecurities). Ensconced in an upper-middle-class Buckinghamshire village, she was fascinated and deeply comforted by the daily routine of domestic life, the details of which she gave minute attention in her fiction. “I dislike much travel or change of environment and prefer the days … to come round almost the same, week after week,” she said.

That steady rhythm allowed for her regular and admirable output—although she began to publish only when she was 34, wrote “slowly and without enjoyment, and think it all out when I am doing the ironing,” and regularly put her work aside to attend to her children and household (!), she produced 12 novels, four story collections, and one children’s book in 30 years. (She wrote her last novel while dying of cancer; “She had great stamina and no arrogance,” Howard remembered.) Her preferences in fiction mirrored a life in which, as she acknowledged, “nothing sensational, thank heavens, has ever happened.” Favoring novels and stories true to her experience, she wrote “in scenes, rather than in narrative, which I find boring,” and preferred writing and reading books in which “practically nothing happens” and very little gets resolved—a fact that makes summarizing her books pointless and, well, boring. While her writing betrays a keen and obviously knowledgeable interest in horse betting (she spiced her work with just a pinch of the louche), which was quite out of keeping in her milieu, and while her politics weren’t what her detractors assumed (although happily at home in the broker belt, Taylor had in fact been a Communist in the 1930s and thereafter voted Labour), she confined her fiction largely to her limited social field: the relationships and inner lives of well-heeled women in the pretty villages of the Home Counties and in shabby-genteel Kensington and Chelsea.

All this could not have been more out of fashion, more seemingly retrograde, at a time when the gritty working-class realism of the Angry Young Men was ascendant. And although Taylor didn’t limit herself to haute-bourgeois women, the other characters she explored—barmaids, as well as governesses, cooks, and other retainers of the gentry—were hardly proletarian. (In “A Dedicated Man,” probably her best-known short story, Taylor unnervingly balances social comedy and pathos in her study of the duplicitous relationship at a tony country hotel between a waiter and waitress, and of the latter’s emerging madness.) Indeed, as the writer Philip Hensher noted, Taylor “must be the last serious English novelist with a consistent interest in domestic servants”—an interest that, as Orwell observed about Dickens, would seem to confirm an author as hopelessly backward-looking. In the “Angry Decade” and in the socially and politically conscious 1950s and ’60s, when, as Paul Bailey nicely puts it, the rage in fiction was “size, scope, relevance and Importance,” Taylor’s work was too often condescended to as high-class “women’s novels.”

But, of course, the English novel was born and perfected as a means to explore women’s interiority and bourgeois domesticity, and these remain subjects at the heart of the modern experience, to which the novel as a form is ideally suited. Amis responded to a critic who submitted “importance” as a criterion of Taylor’s worth: “Importance isn’t important. Good writing is.” Her prose was at once effervescent and smooth, and its clarity and precision sprang from the astringency of her vision. By excising the last three words (and maybe “too”), a character’s appraisal of the protagonist of In a Summer Season could apply to Taylor: “A typically English woman … too satirical, with one half of her mind held back always to observe and pass judgement.” With piercing irony and sly wit, she conveyed and dissected in her often-bleak social comedies the prevarications and self-justifications inherent in friendships, marriages, and family relations. I’ve read no writer—including Austen—who’s her superior in probing self-deception (see how two characters talk themselves out of decent but inconvenient action in the opening passage of chapter five of Blaming).

With her cool style, flexible and sharp-edged, she shunned sentimentality; her assessments were disconcertingly no-nonsense: “It is seldom safe to confide in lonely people … better to trust in busy, popular people, who have no time for betraying one and no personal need to do so.” When dying of cancer, she wrote a grim and subtly humorous study of the selfishness of a terminally ill woman. As an observer, Taylor was without mercy. But she paired her mordancy with a generous resignation: Again and again her characters fail each other—I can’t think of a relationship in Taylor’s oeuvre thatisn’t ill-matched—but she seldom deplored, and her invariable compassion grew out of her realism. She had, as Angus Wilson said, “sharp claws” but a “warm heart.”

Virago has shrewdly included In a Summer Season among the reissues. A novel that centers on the sexuality of a wife and mother of

Virago’s project is a boon to the Republic of Letters, but no good deed goes unpunished: When a series of reissues fails to include all of a writer’s work, fans cavil. Though I would have chosen The Sleeping Beauty or The Wedding Group or A Game of Hide-and-Seek over Angel, that’s a matter of chocolate and vanilla. Virago seriously erred, however, in failing to include even one of Taylor’s story collections. To be sure, the short story “is not,” as Taylor acknowledged, “the publisher’s favorite child,” but it’s a form in which Taylor, a gimlet-eyed miniaturist, fully exploited her talents. She was, as The Times Literary Supplement declared in 1972, “among the four or five most distinguished living practitioners of the art of the short story in the English-speaking world.” Your local library probably has a good selection of the now-out-of-print story collections (my small library has all four), because although the literary establishment underappreciated Taylor, she had many aficionados among the kind of discriminating readers who frequented libraries in the 1950s, ’60s, and ’70s (yes, mostly women, many with kids in tow). In fact, as a story writer, she likely had a bigger following in the U.S. than in the U.K., since her stories were largely published by The New Yorker and not by a British magazine. Probably her best collection is The Devastating Boys, and it’s a good place to start anyway, because her attention in the title piece and in “Tall Boy” to raceclassgender is bound to appeal to contemporary sophisticates. It also has “Miss A. and Miss M.,” her most technically accomplished story; “Flesh,” a funny, frank, and touching tale of unsuccessful late-middle-age sex; and—almost a throwaway—the very brief “The Fly-Paper” (Taylor was obsessed with the cruelty of that pest-control device; see the conversation in At Mrs. Lippincote’s). This is an almost unbearably terrifying story, especially for parents, in which evil emerges casually from the day-to-day.