A NEW HISTORY VIVIDLY DESCRIBES THE AGONY AND UNCERTAINTY OF THE JOURNEY WEST BY AMERICA’S PIONEERS. 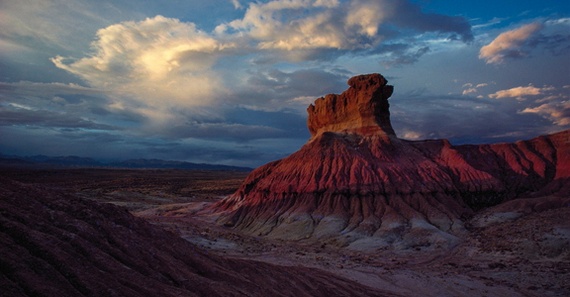 MORE THAN HALF a million emigrants struggled westward on the Oregon and California trails. Some were seeking fortune; most were escaping the debt and depression that the Panic of 1837 left in its wake. Few had any grasp of what they were getting themselves into. On their trek to the Pacific slope, these predominantly midwestern farmers and townsfolk—and the animals they took with them—would confront the near-perpendicular walls of box canyons, the jagged calderas of the Snake River Canyon (the trails through which were stained with oxen blood), the dreadful alkali wastes of the Great Basin, the all but impenetrable ravines and saw-toothed ridges of the Wasatch and Blue mountains, and the implacable granite escarpment of the Sierra Nevada.

Fear, hunger, dehydration, heat, cold, monsoonal rains, ravaging mosquitoes, and rapacious traders plagued nearly all of the emigrants. Some overlanders would be killed by Indians; more than a few would wander from their caravans to be lost forever in the endless sea of grass; a far greater number would accidentally shoot themselves—the emigrants, many of whom shot bison with wasteful, nearly sadistic abandon, armed themselves to the teeth, but seemed singularly careless in handling their weapons; still more would be drowned, in the Missouri, the Platte, the Green, the Snake, the Humboldt, and the Columbia rivers, indeed, in virtually every creek or stream the trails traversed. But most of those who died would succumb to diseases, primarily cholera, which devastated entire wagon trains—one emigrant counted 52 graves at a single campsite. The animals suffered far more: while crossing the kiln-dry Forty-Mile Desert, an unavoidable hazard on the trail to California, one diarist counted 9,771 dead horses, oxen, and mules.

The first of a projected four-volume history of the overland migration, this clearly written and deeply researched 458-page book chronicles the Oregon and California trails from 1812 to 1848. The emigrants, in all a highly literate group, left to posterity an extraordinary quantity of written records—letters, journals, reminiscences, guides. Will Bagley, whose books include the judicious telling of a shocking story, Blood of the Prophets: Brigham Young and the Massacre at Mountain Meadows(2002), has scoured the archives inventively, but he also brings a profound sensitivity to the landscape and climate of the American West. (Additionally, he brings a sensitivity rare among historians for the trials endured by draft animals, and for the abuse and the empathy their masters gave them.)

At its best, such careful archival research yields vivid storytelling, and Bagley’s account is fascinating in its details, whether that means dissecting such familiar but controversial episodes as the Donner Party’s ordeal in the Sierras and the Whitman massacre at Walla Walla, or describing such quotidian features of trail life as meal preparation (the author notes “the total absence of fruit, vegetables, and dairy products from most supply lists”) or the high number of fatal mishaps. This book stands on the shoulders of one of the great works of post-war American historical scholarship, The Plains Across: The Overland Emigrants and the Trans-Mississippi West, 1840–60 (1979), by John D. Unruh Jr. (In his meticulous attention to the impact of topography on the migration, Bagley is also clearly indebted to Keith Heyer Meldahl’s brilliant, superbly written 2007 geological history of the westward journey,Hard Road West, which is among the best books I’ve read in the past five years.)

Research steadily accrues—scholars continue to find previously unexamined letters and journals stored in state and local historical societies—and Bagley’s book is a worthy updating of Unruh’s. Both histories show that the overland trek, like all great and perilous endeavors, provided ample scope for courage, self-sacrifice, and compassion—and for fecklessness, selfishness, and cruelty. “Such a journey has a tendency to destroy in [human] nature much of its benevolence and sympathy for distress of all kinds,” Bagley quotes an emigrant, “until we are almost devoid of those essential humane characteristics.”