HOW NIGHTLIFE CHANGED WESTERN CULTURE, PLUS WHY NEW ZEALAND IS BETTER THAN THE U.S. 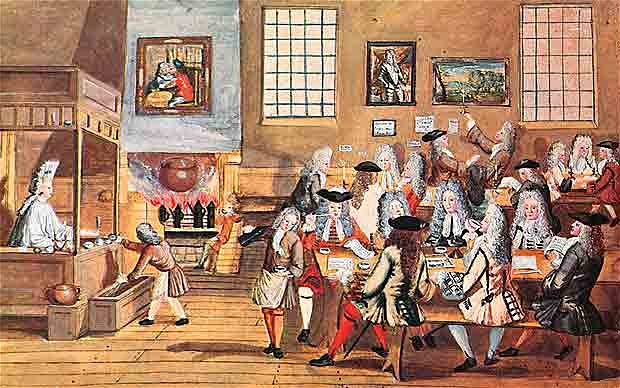 Evening’s Empire:  A History of the Night in Early Modern Europe, by Craig Koslofsky (Cambridge)

Fairness and Freedom:  A History of Two Open Societies, New Zealand and the United States, by David Hackett Fischer (Oxford)

CRAIG KOSLOFSKY PROBES with dexterous imagination a long-overlooked historical development—the transformation in nighttime activities and attitudes toward the night in 17th- and 18th-century Europe—and rightly pronounces it a cultural “revolution.” In the Middle Ages, night was associated with menace, and darkness was nearly unbroken from the setting to the rising of the sun. But starting in the 17th century, thanks in part to more domestic lighting, new street lighting, and the new stimulative beverages—coffee, tea, and chocolate—European aristocracies, royal courts, and towns pushed back what Koslofsky, a historian at the University of Illinois, nicely calls “a primordial feature of daily life” and developed a rich social, cultural, and political nightlife.

Between the 1500s and the late 1700s, the English elite shifted its meal and sleep times by a stretch of seven hours. In the 1500s, the ritualized entertainments at the French court (jousts and tournaments) were held in daylight; by the 1700s, the major events (ballets de cour, operas, balls, masquerades, fireworks displays) were held at night. In the 1500s, Parisian night was defined by curfew and silence; by the 1690s, many Parisian cafés stayed open until dawn. Bedtime in the 1700s for “persons of quality”—a significant minority of the educated and well-off—was three or four in the morning. This change fundamentally altered the rhythm of everyday life and engendered a new pattern of sleeping. The traditional night had (surprisingly) been divided into two periods of slumber, but now it gave way to a single, compressed period of sleep. Going late to bed also transformed the European mentality.

Koslofsky’s signal contribution is to demonstrate that this “colonization of the night” greatly expanded what historians have defined as one of the great and necessary creations of modernity—the bourgeois “public sphere,” places where men could escape their role as the Church’s or a sovereign’s subjects, and exercise and exchange their own opinions and ideas. (He seeks to answer the question “When in everyday life did the discussions, debates, and exchanges … occur?”) Social and intellectual life at two in the morning, as an 18th-century writer asserted, “speaks life, activity, spirit, and vigour”—and contemporary sources consistently noted that late nights in cafés and coffeehouses fostered heretical and anti-establishment conversation of a kind and intensity different from that of daylight hours, which led the authorities to attempt to police this new public sphere.

Nocturnal sociability and volubility accelerated Enlightenment thinking, but it was inimical, Koslofsky appears to suggest, to a different kind of intellectual activity. Those glittering, witty late-night freethinkers, as a pamphlet from 1661 observed, “are either afraid to be alone with themselves, or they to excess love Company, so that they never set apart any time to converse with themselves.” No longer isolated in a literal and figurative night, those of an intellectual bent eschewed the hard inwardness traditionally associated with nocturnal meditation. By permanently banishing the conditions that had cultivated the dark night of the soul—by diminishing “the power of midnight, solitary and profound, to strip away the vanity of the day”—the West lost its tradition of intense Christian introspection.

Koslofsky has mined rich and varied sources—letters, diaries, municipal archives, art, periodicals—from France, Britain, and especially Germany, to produce this engaging and inventive work. He possesses an acute historical understanding—which means that he’s ever sensitive to the foreignness of the past. So one cavil: Why did he anachronistically festoon this terrific book with a Dylanesque title (from “Mr. Tambourine Man,” Bringing It All Back Home, 1965) that neither resonates with the present nor can have meaning for the past? It’s time that scholars in the humanities cease their clumsy efforts to appear hip and happening.

THE PULITZER PRIZE–WINNING scholar David Hackett Fischer—whose books include Historians’ Fallacies and one of the most creative and innovative books on American history in the past quarter century, Albion’s Seed: Four British Folkways in America—declares that his new work is the first historical examination of the idea of fairness, and of its social and political ramifications. I haven’t been able to pin that down. Nevertheless, this comparison of the United States with New Zealand is a pioneering, illuminating, and at times startling book, which you’d think those given to diagnosing and expatiating about the nature and future direction of American society would jump to read. But because it’s lengthy (656 pages) and complex, and delves into such recondite matters as settlement patterns in colonial America, the history of New Zealand’s feminist movements, and the evolution of the Lib-Lab coalition, this book won’t be column fodder for the punditocracy.

Ambitious and observant, widely (if at times sloppily) researched, Fairness and Freedom is a work of frequently profound historical and social analysis. Its purpose is neither programmatic nor polemical. Still, its main value for American readers may be its unintentional skewering of our self-congratulatory tendencies. Our democratic values, rule of law, and tolerance are a model to the world—or so Democratic and Republican politicians’ rhetoric and even our political scientists’ pronouncements would have it. But those who speak today of America as “the last best hope of Earth” or as “the indispensable nation” seem narcissistically unaware that Britain, Canada, Australia, and New Zealand developed and fought for those same civic virtues independently of, and in some ways in opposition to, America.

New Zealand—where during the Second World War the Austrian emigré Karl Popper wrote his enormously influential The Open Society and Its Enemies, an excoriation of historicist totalitarianism and a defense of liberal democracy—is a particularly successful polity and society. In some ways its achievements seem all the greater when compared with those of the United States. In 2010, its unemployment rate was nearly half of ours. Our economic inequality is the highest of any developed country’s; New Zealand’s hovers much lower on the list. New Zealand ranks first in Transparency International’s global survey of government honesty; the United States ranks 22nd—just ahead of Uruguay! And comparable divergences, Fischer shows, are found “in trends and measures of political partisanship, legislative stalemate, judicial dysfunction, infrastructure decay, home foreclosures, family distress, drug consumption, and social violence.” Fischer’s rich cultural

analysis leaves little doubt that New Zealand’s achievements are largely rooted in its “highly developed vernacular ideas of fairness,” a complex set of values that Kiwis prize and pursue earnestly. The result: by virtually every measure, New Zealand has a more just and decent society than ours—while resorting far less readily to legalistic and legislative remedies.

Americans tend to disdain, say, effete northern-European countries, with their generous social-welfare provisions and histories of neutrality and defeatism. But Fischer’s astute examination of Kiwis’ esteemed tradition of skill and courage on the battlefield—epitomized by their beloved Second World War heroes Bernard Freyberg, Howard Kippenberger, Humphrey Dyer, and Charles Upham (“combat officers who led from the front, brave beyond imagining, loyal to a fault … close to their men and very careful with their lives”)—won’t allow the scoffers to dismiss New Zealand. (Surprisingly, Fischer doesn’t discuss the New Zealander Keith Park, the RAF’s brilliant key operational commander during the Battle of Britain. As “the only man who could have lost the war in a day, or even an afternoon,” in the words of Air Vice Marshall Johnnie Johnson, Park is a military figure of nothing less than world-historical importance.) Characterized by initiative and aggressiveness combined with a chivalric ethos, a respect for the intellect, and an impatience with rank and hierarchy, New Zealand’s martial virtues have imbued Kiwis’ sense of fairness and decency with muscularity—a quiet courage and a puckish, manly large-spiritedness.

Fischer’s purpose in writing what is almost certainly the most detailed and sophisticated dissection of New Zealand society ever aimed at an American readership is decidedly not, however, to fashion a paean to Kiwis. That society appealingly (at least from my perspective) marries two complementary traits that Americans wrongly believe to be antithetical: it is both deeply conservative and fiercely egalitarian. The result, as the American journalist John Gunther (not quoted by Fischer) observed in 1972, is a cooperative society of “wholesome lives” in which “democracy is carried to the ultimate”—but a society marked by a somewhat “low-burning ambition.” For better and worse, Americans will never emulate New Zealanders. But as we enter the Pacific Century, New Zealand and its more energetic antipodean cousin will be playing an ever more vital economic, cultural, and political role. Rather than continue pontificating about “America’s larger purpose in the world” (to quote our president’s messianic invocation), we’d perhaps be better off shutting up and trying to learn something from other peoples. This book is an excellent place to start.