Memphis Under the Ptolemies 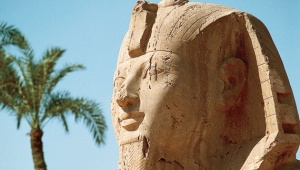 This thoroughly revised edition of a masterpiece of historical writing examines with precision and verve the ancient Egyptian city of Memphis in the period between Alexander and Augustus. Thompson, a classicist at Cambridge, mines Greek and Egyptian sources, as well as evidence from archaeological finds, inscriptions, and papyri, to illuminate the economic, religious, artistic, and social life of a multicultural city. She is especially sensitive to the syncretic, sometimes cacophonous, metropolitan life produced by a population drawn from throughout the Mediterranean basin, and by the confrontation of classical civilization—itself on the verge of cultural upheaval, as Roman power gradually eclipsed Greek prestige and influence—with a civilization that reached back millennia. The result is a meticulous, vivid portrait of a profoundly foreign world.