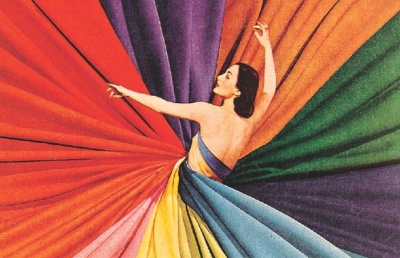 This fascinating book details how a group of unheralded “color engineers” created and standardized palettes for the American mass market. Delving into corporate archives, trade journals, and long-forgotten advertising from the 1890s to the 1970s, Blasz­czyk, a design historian, illuminates the economic forces and shifting cultural values that have influenced consumers’ color preferences—and she shows how industry has sought to fathom those trends and to anticipate and alter those preferences.

Blasz­czyk ranges from the advances in chemistry that revolutionized the dyestuffs industry, to the developments in the study of psychology that enhanced scientists’ understanding of color perception, to geographic-­cultural aesthetic differences (people in the West liked colored refrigerators; easterners and midwesterners preferred white). She explains how color engineers standardized the hues used in industry—so that all stop signs are precisely the same shade of red, and regardless of printer, all boxes containing the same product are exactly the same color; it’s no accident that the black of, say, a Maytag dishwasher matches the black of a Kenmore refrigerator.

The Color Revolution traces how the analysis, forecasting, and manipulation of color trends spread from the fashion industry to the production and marketing of durable goods—telephones, appliances, and, most crucially, cars. Indeed, Blaszczyk focuses her story on Detroit, where Ford’s black Model T gave way in the mid-to-late 1920s to GM’s colorful array (thanks in part to the innovations of color engineers who had learned their skills designing camouflage in the First World War), and where in the 1950s the car companies’ application of advances in acrylic technology allowed car finishes to permanently retain their color and gloss, thus eliminating the need for wax and polish. For the automakers, which had to make their palette decisions 18 months ahead of the December auto shows, the correct reading of consumers’ color preferences—using sophisticated if hardly precise economic and cultural analyses—amounted to a gigantic annual gamble.

Alas, although Blaszczyk has researched widely and deeply to produce an eye-opening book on a largely unexamined facet of everyday life, she makes one glaring, if largely inconsequential, error: “User-friendly latex paint was perfect for amateurs,” she writes. “Holly­wood depicted the do-it-yourself impulse in Mr. Blandings Builds His Dream House, with Myrna Loy playing a brush-wielding homemaker.” But Loy’s character never touches a brush, and in fact that movie’s most famous scene shows her giving elaborate and thoroughly ignored instruc­tions regarding paint color to her professional painter.