Schlögel’s book is a fragmentary yet meticulous social history of Moscow in the grip of the Great Terror—the period from the summer of 1936 to the end of 1938, when the already sanguinary Bolshevik regime let loose on itself its apparatus of suppression, purging, in waves, all Soviet institutions and at all levels of society, from the nomenklatura, the highest echelons of administrative, cultural, and scientific life, through the high command of the Red Army, to the engineers and apparatchiks, down to the factory workers and peasants. It is an almost impossibly rich masterpiece.

In Moscow 1937, Schlögel uses as a leitmotif the themes and settings of Mikhail Bulgakov’s great allegorical 1937 novel of the city under the Terror, The Master and Margarita. He opens with an exegesis of Margarita’s fantastical flight over the city in the 1930s, which allows him to establish the scene and dissect Moscow’s cultural and social geography. For the remainder of the book, he continues to take the reader on a tour of the urban center—the 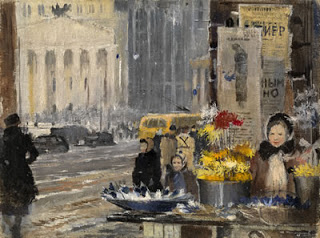 late-19th-century townhouses built by the nobility and later appropriated by the party; the hundreds of theaters that littered the still-drama-mad city; the communal apartments crammed with recent migrants from the countryside; the fancy shops selling sturgeon and czarist antiques to the Soviet elite and the endless flow of visiting progressives from the West; the just-completed marvel of Soviet engineering that brought the five seas to Moscow, the Moscow-Volga Canal (whose opening celebration coincided with the arrest, persecution, and execution of the overseers of its construction); Spaso House, the American ambassador’s residence, site of incongruously clinquant balls and receptions; the spacious, refined apartments where the new Soviet upper class held glittering salons, at which the likes of Shostakovich and Isaac Babel mixed with the high officials of the NKVD, the secret police (a group that deeply prized its literary and artistic connections); the NKVD’s immense network of offices, garages, shooting ranges, isolation cells, interrogation chambers, and execution cellars, metastasizing from the citadel-like headquarters at the Lubyanka and devoted to the investigation, arrest, incarceration, deportation, and slaughter of enemies of the people. 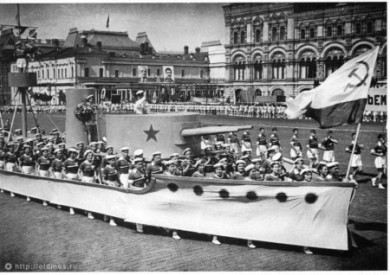 Schlögel dexterously mines an array of sources. He assesses archaeological reports from one of the NKVD’s killing fields, the Butovo shooting range on the outskirts of the city, to reveal the sociology and tempo of the slayings. He analyzes the occupancy records of the most exclusive apartment block of the party elite, the fortress-like House on the Embankment—made famous by Yuri Trifonov’s eponymous novel—to disclose the terrible history of a building almost entirely depopulated in the space of a year as its nearly 2,500 occupants were imprisoned, executed, or driven to kill themselves.

Schlögel’s approach marries sweep with depth. He anatomizes, for instance, Moscow’s gigantic railroad marshalling yards to illuminate both the awesome expansion of Soviet infrastructure and the obvious but nevertheless wholly unpredictable way the Terror fed on that unsustainable effort, which overtaxed the railways and factories, leading to a paranoid hunt for the “saboteurs” and “wreckers” responsible for the damage in fact done by wear and tear. He reproduces the inventory of luxuries from the apartment of Genrikh Yagoda, the head of the NKVD (1,229 bottles of wine “mainly imported … from the 1897, 1900 and 1902 vintages,” 43 astrakhan pelts, 3,915 pornographic photos and films, 11,075 imported cigarettes, “including Egyptian and Turkish” ones), compiled by his former henchmen when the Terror turned against him. Schlögel details the gala concert at the Bolshoi Theatre that the NKVD threw for itself and its predecessor organization, the Cheka, in December 1937, on its 20th anniversary—a celebration presided over by Yagoda’s successor, Nikolai Yezhov, who in just under three years would himself be shot by the very organization he was lauding. Throughout, Schlögel trains a sharp eye on telling details: the machinery for dispatching to the provinces the vast crop of orphans that the Terror yielded; the Kafkaesque—no other word will do—reasons why demographers, statisticians, geologists, and, of all professions, Alpinists endured especially grim treatment; the array of cream gâteaux and petits fours on offer at the renowned Bolshevik Confectionery Factory on Leningrad Highway.

The result: Moscow 1937 is a layered, hallucinatory panorama of great precision and artifice that gives readers access to a most foreign place 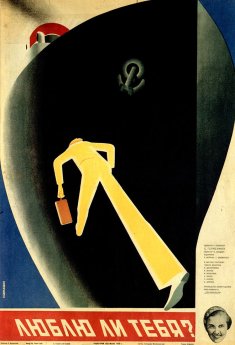 and time. Schlögel’s analysis of the 1936 Moscow Directory, for example, generates a portrait of the magnificently varied cultural and intellectual life of a great metropolis. The 680-page Directory devoted six of its triple-columned pages to the organizations of the Academy of Sciences alone; it listed 280 “Clubs and Houses of Culture,” 540 magazines, and at least three jazz bands; and it untangled the thick web of libraries that covered the city. “This diversity of social and semi-governmental institutions and organizations gives us not merely an insight into the immense complexity of an urban society,” Schlögel notes with typical discernment, “but also an inkling of the huge efforts and even violence required if they are to be disciplined, levelled down and made uniform.”

In this chapter and throughout his book, Schlögel is the master of the chilling counterpoint. He subtly makes clear to readers that the 1936 Directory is brimming with the names of people destined for the abattoir, and he notes that this edition of the Directory was, perforce, the final one: “No editorial board could have kept pace with the frantic rate at which people were driven from their posts and destroyed while their places were taken by others.” Completed on the eve of the Terror, this last Directory “encapsulates a moment in time in which the accusers and the accused, the perpetrators and the victims, the executioners and the executed of the morrow, still sit side by side.”

Although wholly absorbing, Moscow 1937, owing both to its subject matter and, alas, to its occasionally clotted Teutonic prose, is hardly light reading. But it is among the most enthralling works of scholarship and of the historical imagination that I have read in years. Schlögel has grasped what a very different historian, G. M. Young, called “the real, central theme of History”—“not what happened, but what people felt about it when it was happening: in Philip Sidney’s phrase, ‘the affects, the whispering, the motions of the people.’ ” The density and seriousness, the deliberation and literary art of this exhilarating tour de force testifies to the enduring value and purpose of that perhaps now-vanishing triumph of the human intellect, the book.