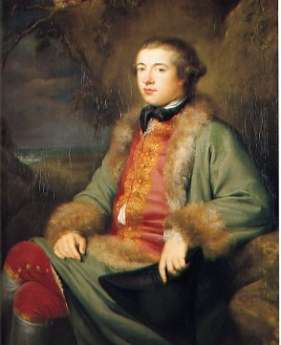 Peter Martin has written the best biography of the greatest biographer in the English language. James Boswell was a literary idiot savant: to Carlyle’s verdict — an “inflated, gluttonous creature” — should be added the qualities vain, buffoonish, dissolute, snobbish, and narcissistic (Samuel Johnson complained, “You have but two topics, yourself and me, and I’m sick of both”). But Martin illuminates how Boswell’s often lovable faults served his peculiar genius. Boswell’s exasperating peskiness, for instance, helped make him an extraordinary character portraitist and chronicler of his age. He obsessively hunted celebrities and shamelessly intruded on them. He stalked — and charmed — Hume, Garrick, Reynolds, Goldsmith, Voltaire, Rousseau (onto whom, as Martin recounts in a funny, incredible chapter, he managed to glom for days, and with whose mistress he even had an affair), and, of course, his great catch, Johnson. Linked with what Martin persuasively describes as Boswell’s manic depression was his womanizing of Clintonian dimensions, a subject that Martin treats in far greater detail than did Boswell’s earlier biographers — appropriately, given what could fairly be described as Boswell’s sex addiction and the attention he lavished on it in his journals. One of the many virtues of Martin’s work is his successful synthesis of Boswell’s life story with a keen analysis of Boswell’s artistry — a rare virtue in contemporary literary biographies. This is a delightful, intelligent, authoritative book.