HOW THE NUMBERS GAME SHAPED HARLEM 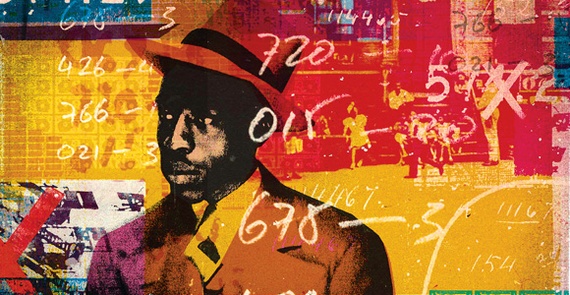 THIS DEEPLY AND creatively researched book by a team of Australian historians probes the Harlem “numbers game” in the 1920s and ’30s. Probably well over half the residents of one of America’s largest African American communities regularly bet a nickel or a dime on the numbers, derived at first from daily banking-settlement figures and later from the pari-mutuel payouts on horse races (these numbers were random and hence un-fixable). This criminal enterprise, with its dense network of “bankers” and numbers runners, was Harlem’s largest employer and grossed tens of millions of dollars a year. The numbers racket was also almost certainly America’s largest black-owned business—until Dutch Schultz, Lucky Luciano, and company horned in on the action, siphoning the profits out of Harlem. By the mid-1930s the numbers was a ubiquitous feature of both black and white urban life and a prime source of income for the mob; it would remain so until New York state established Off Track Betting in the 1970s.

Playing the Numbers is part of the authors’ vast project on Harlem’s daily life. It draws on an array of sources—from the back issues of Harlem’s newspapers, to probation reports and the case files of the New York City district attorney, to the literature and memoirs of the Harlem Renaissance—to illuminate the scope of the numbers game and the sometimes harmless, sometimes farcical, often sociable, but ultimately insidious ways it permeated nearly every aspect of Harlemites’ daily lives and even their dream lives. The result: an intricate sociology of organized crime.