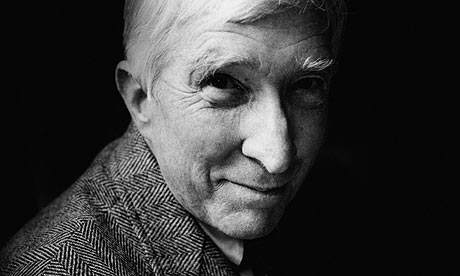 IN 1965, JOHN Updike published his first compilation of wide-ranging critical essays. A decade later, he gathered his second. Every eight years from then until 2007, the novelist, short-story writer, poet, and playwright would issue another self-deprecatingly titled, gargantuan collection (Martin Amis perfectly described the assemblages as “cuboid”), made up mostly of essays on literature, though increasingly of essays on art. This huge body of work, 4,314 pages in all, secured Updike a place among America’s few great men of letters (since Edmund Wilson’s death, only Gore Vidal and Updike can be added to the pantheon). Cultivating his ever more refined tastes and deepening his profound self-education, Updike assessed, in his lapidary prose and with workhorse thoroughness and grace (no one could summarize more elegantly or quote more aptly), pretty much every subject in the humanities, from the literatures of the Americas and Britain (he wrote discerningly about and championed Howells, Roth, Anne Tyler, Henry Green, Muriel Spark, Borges), western and eastern Europe, Africa, India, East Asia, and the Arab world to art, architecture, movies, history, philosophy, and theology (Karl Barth was an especially important figure to Updike).

Christopher Carduff, who has astutely edited this posthumous collection, took the title from Updike’s assertion that book reviewing was “gossip of a higher sort.” Updike tailored his approach fittingly. His stylish criticism, marked by an easy erudition, was invariably smooth and accessible; he compressed and elucidated but never reduced or oversimplified. He is probably the last in a line of haute vulgarizers that runs from Dr. Johnson to Sainte-Beuve, Virginia Woolf, V. S. Pritchett, and Wilson. A generation of high-minded general readers (remember them?) looked to Updike essays to teach them about civilization.

But, alas, this book doesn’t represent Updike at his best. Because it mostly gathers the critical work of the final two years of Updike’s life (and excludes many pieces of art criticism, which will be brought together in a future book), it lacks the heft of prior compilations. Moreover, Updike was battling cancer for much of the period here, so some, really most, essays understandably lack both the bounce and the depth typical of his earlier critical work. To the end, though, Updike could penetrate to the heart of a subject with offhand but exact and telling observations. See, for instance, his comments on the ways the Great Depression arrested the American townscape, so that up through the war years, horses and cars mingled, and lots vacated in the Jazz Age remained empty; or his analysis of how the Kodak camera “both exalted and invaded domestic privacy.”

Above all, and most poignantly, this collection highlights Updike’s evaluation of the slackening of his own mental and athletic prowess (Updike was a devoted golfer, and this anthology contains a good deal of writing on golf, as did his prior anthologies). A generous and companionable critic and an avowed Christian, Updike met the decline of his powers with courage and good humor, but also with a clear-eyed recognition that the compensations of old age—a hard-won sagacity, a bemused detachment—don’t make up for the irretrievable losses. 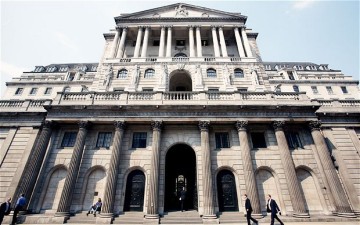 WHO WOULD HAVE thought that an 890-page chronicle of central banking could be so engaging? This elegantly and slyly written book, the fourth volume of the official history of the Bank of England, covers a turbulent and demoralizing period. The “Old Lady of Threadneedle Street,” the world’s second-oldest central bank, lurched from crisis to crisis (the word appears 14 times in the book’s table of contents alone) as it struggled to maintain low interest rates and a fixed exchange rate, to tame inflation (during the 1950s, the annual rate of inflation averaged 4.3 percent; in the 1970s, it averaged 12.6 percent and reached 24.2 percent in 1975), to arrest weaknesses in sterling through credit and exchange controls, to resolve a potentially catastrophic banking emergency, to negotiate increasingly testy relationships with successive British governments and with the IMF, and to navigate the breakdown of the international monetary system.

This history is of a good deal more than antiquarian interest, given the Sisyphean nature of central banks’ exertions, along with the unsettling tendency of governments, the financial community, and said banks to fall repeatedly into the same traps. (As the book concludes, “The Old Lady left undone those things she ought to have done and did those things she ought not to have done.”)

The Bank granted Capie, a British economic historian, complete access to its rich—though frustratingly incomplete—archives. Surprise, surprise: gaps emerge in the documentary record concerning such shadowy and dicey events as the famous “secondary-banking crisis” of the mid-1970s, engendered when a number of so-called fringe banks fell victim to the now-familiar combination of speculative excess and declining property values (the preponderance of archival material on that emergency was destroyed). Nevertheless, this book contains probably the most revealing record of a central bank’s struggles in the modern era. (Others might bestow that crown on Allan H. Meltzer’s magisterial and plainly written multivolume A History of the Federal Reserve, but that great work is more strictly a monetary history, and Meltzer doesn’t treat the Fed’s other duties, such as bank regulation, in the same rich detail as Capie does the actions of the Old Lady.)

Capie deftly traces the evolution in the 1970s of the intellectual groundwork within the Bank that exposed the inadequacy of the crude Keynesianism that had long informed policy, a development that allowed it to help manage a successful anti-inflationary monetary path in the early Thatcher years. And he authoritatively chronicles the Bank’s prickly discussions with the first Wilson government, as the Old Lady refused to mince words regarding the need to cut spending and raise taxes (please note the and). Capie gives a detailed and devastating account of a 1964 meeting in which the governor of the Bank, Lord Cromer, charged Wilson with “putting Party before country” by failing to have the government live within its means—the result of which, Cromer said, was that international confidence in the government had snapped, and the Bank could no longer raise the foreign loans necessary to protect sterling from devaluation. (Devaluation was yet another trauma in Britain’s attenuated decline—the Bank’s foreign-exchange specialist called it “a crucifixion.”)

In his accounts of devaluation and of the secondary-banking crisis, Capie achieves a drama at once tense and stately. The Bank responded to the emergency with a colossal rescue of what the Bank official who oversaw the financial community called some “wheeler/dealer financiers,” such as the head of a particularly dodgy bank, who was, Capie notes in his typically waspish fashion, “a barrister by profession and a judo expert, although the latter expertise was not called on.” Capie holds that the bailout was a mistake, though well executed: as a Labour MP wrote to the Bank’s governor, the rescue would encourage “swindlers” and the finance “Smart Alecs” to assume “that they need not worry too much in future about incompetent or shady deals since, at the end of the day the Bank of England itself will step in and save” them. “He had a point,” says Capie. Plus ça change …