Masters of the Planet: The Search for Our Human Origins
Ian Tattersall
PALGRAVE MACMILLAN 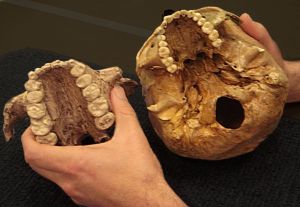 To appreciate the achievement of this quietly magnificent book, which offers a concise history of human origins and a survey of recent advances in paleo­anthropology, the reader should imagine the ways it could have gone wrong. On the one hand, it is far from inevitable that Tattersall—a curator emeritus in the Division of Anthropology at the American Museum of Natural History, and one of the academy’s foremost experts on human evolution—would possess the expository abilities to write for the lay reader. On the other, owing to the scant nature of the evolutionary, fossil, and archaeological record, popular books on the development of Homo sapiens tend to be speculative, with arguments often untethered to evidence.

In this work, Tattersall always writes cleanly and engagingly, often gracefully, and even, occasionally, playfully. He ranges widely—from DNA sequences to stone artifacts, from skeletal morphology to ancient artifacts to carbon‑13 measurements in bones. He assesses evidence methodically, while synthesizing recondite and disparate material with economy. He arrives at his conclusions judiciously, drawing his inferences with strict evidentiary support, and he addresses counter­arguments conscientiously. The result is the finest and most up-to-date guide to a story that scientific advances are refining and illuminating at a rapid and accelerating pace: the often startling and disturbing story of the punctuated evolution of our species and our competition with and triumph over our hominid cousins.