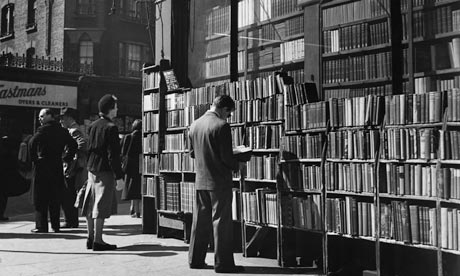 Abulafia relates and interprets the history of the Mediterranean from 22,000 B.C. to A.D. 2010 with authority, exactitude, and verve.

Bauer’s portrait of life in rural Kansas from the 1930s to the 1950s conjures with extraordinary thoughtfulness and grace a world we have lost.

In this dark and tart novel of manners, Keane renders a complex, shriveled, and disturbing character with uncanny skill and nuance.

In prose at once lyrical and tightly clever, Mantel has written a brilliant study of character, and a rich portrait of 16th-century society, deftly revealing the ramifications of birth, alliance, and personality at a time when being on the wrong side in a political argument meant death.

In this dazzling panorama, a feat of literary finesse and of meticulous historical reconstruction, Schlögel summons up the Communists’ New Jerusalem in the grip of the Great Terror.

What They Do in the Dark: A Novel
Amanda Coe
Norton

In this disturbing, stunningly accomplished debut novel, which focuses on two 10-year-old girls in a gritty 1970s Yorkshire town, Coe unsentimentally evokes the pleasures, confusions, yearnings, and vulnerabilities of girls—and the casual way in which adults continually put their own interests ahead of the children who depend on them.

Orderly and Humane: The Expulsion of Germans After the Second World War
R.M. Douglas
Yale

Doug­las, a historian at Colgate, offers the most thorough study available of the largest expulsion of a people in human history and by far the most horrific instance in post-war Europe of what is now called ethnic cleansing: the forcible transfer of at least 12 million ethnic Germans, mostly women and children from Eastern and Central Europe in the aftermath of the Second World War. The result is an authoritative analysis of an episode that has utterly failed to penetrate the popular historical memory.

This comparison of the United States with New Zealand is a pioneering, illuminating, and at times startling book. A historical examination of the idea of fairness, and of its social and political ramifications, it is a work of great sweep and imagination by one of America’s foremost historians.

In this beguiling autobiography, the handsome, highborn author, the founding director of the Corpus of Maya Hieroglyphic Inscriptions Program at Harvard, recalls a charmed life as an archaeologist-explorer. This is at once a captivating adventure tale and a poignant reflection on the redemption of a winsome ne’er do well.

In this engaging work, Koslofsky, a historian at the University of Illinois, mines rich and varied sources to probe with dexterous imagination a long-overlooked historical development—the transformation in nighttime activities and attitudes toward the night in 17th- and 18th-century Europe—and rightly pronounces it a cultural “revolution.”

Many of the stories in this collection are set in the 1970s, and Munro brings to that era of shifting social mores her strikingly keen and subtle understanding of women’s behavior, their desires and the devises they employ in their efforts to find happiness. This is a worthy addition to the author’s body of work, which, if there is any justice in the literary world, should soon win her the Nobel Prize

A man of middling birth, boundless enter­prise, prodigious talent, sparkling charisma, and overweening ambition, Sir Walter Raleigh is a great subject for a great biography. Here it is. Stylishly written, judicious in its verdicts, based on archival research and the latest scholarship, this book, by a pair of Oxbridge dons, probes the infighting at court, grand affairs of state, religious and cultural developments, and Raleigh’s literary achievement with equal rigor and acuity.

Masters of the Planet: The Search for Our Human Origins
Ian Tattersall
Palgrave/Macmillan

In this quietly magnificent book, which offers a concise history of human origins and a survey of recent advances in paleo­anthropology, Tattersall, who is a curator at the American Museum of Natural History, has written the finest and most up-to-date guide to a story that scientific advances are refining and illuminating at a rapid and accelerating pace: the often startling and disturbing story of the punctuated evolution of our species and our competition with and triumph over our hominid cousins.

With this volume, a great publishing project—the expertly edited and lavishly annotated scholarly edition of Woolf’s complete essays—is now finished. This collection includes the definitive texts of some of the finest essays in the English language.