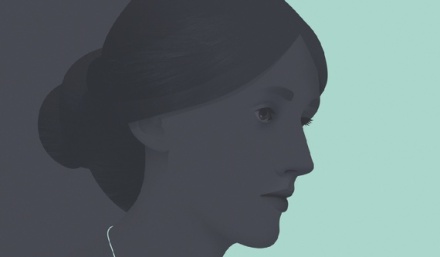 Born into the highest stratum of the English intellectual aristocracy, Virginia Woolf—whose set included some of the kingdom’s most illustrious families, many of its finest writers and painters, its greatest poet, its most brilliant economist—could be an appalling snob. But as this assemblage displays, she also lived by and championed a generously democratic vision of literature and of the reading life—“a pursuit,” she somewhat wistfully acknowledged, “which devours a great deal of time, and is yet apt to leave behind it nothing very substantial.”

Before and throughout her career as a novelist, Woolf was an indefatigable literary journalist, which was a calling “at the heart of her life’s work,” as her finest biographer, Hermione Lee, puts it. Of course, it was also her birthright. Referring to her early reviewing, her family’s old friend Henry James reminded Woolf that she was “the descendent of a century of quill pens and ink pots.” Her father, Leslie Stephen—editor of The Cornhill Magazine and the Dictionary of National Biography, critic, essayist, biographer, historian—was a quintessential late-Victorian man of letters. Like Stephen, Woolf wrote her essays, nearly all of them review-essays, not for the academy but for the educated general reader—and she took great professional pride in her carefully developed ability to compress and enliven her writing for her audience. The result was a body of gemlike pieces, allusive, informal, fluent, that assessed an astonishing roster of literary and historical subjects—Turgenev, the ancient Greeks, Ring Lardner—but returned again and again to the English classics. She was especially drawn to the cool, polished literature of the English Enlightenment, although she was also enraptured by the exuberant, expansive prose of the Elizabethan era.

With their arresting blend of vigor, grace, and precision, Woolf’s essays, Rebecca West said, were written such that “what is an authentic critical masterpiece seems as light on the mind as a song.” Woolf wrote most of her essays for the Times Literary Supplement (where they were published anonymously), but famously collected the best in her series of books, The Common Reader. She aimed them at that eponymous type, which was how she characterized herself. The common reader, she wrote,

differs from the critic and the scholar. He is worse educated, and nature has not gifted him so generously. He reads for his own pleasure rather than to impart knowledge or correct the opinions of others. Above all, he is guided by an instinct to create for himself, out of whatever odds and ends he can come by, some kind of whole—a portrait of a man, a sketch of an age, a theory of the art of writing.

Woolf was intensely conscious of her self-education. True, her father, one of England’s most learned men, had guided that education, and true, Woolf was rigorously trained in Greek and had read widely and deeply in the English and American classics and in history. But as a woman, she was denied the systematized public-school and Oxbridge intellectual training that was the entitlement of the male members of her family and class—and she was acutely aware of her status, for better and for worse, as a non–academically schooled amateur.

Taken as a whole, Woolf’s essays are probably the most intense paean to reading—an activity pursued not for a purpose but for love—written in English. Her assessment of “the man who loves reading” (in contrast to “the man who loves learning”) fit both herself as an essayist and her audience:

A reader must check the desire for learning at the outset; if knowledge sticks to him well and good, but to go in pursuit of it, to read on a system, to become a specialist or an authority, is very apt to kill … the more humane passion for pure and disinterested reading. The true reader is a man of intense curiosity; of ideas; open-minded and communicative, to whom reading is more of the nature of brisk exercise in the open air than of sheltered study.

That passage, from Woolf’s essay “Hours in a Library,” a title she borrowed from a multivolume collection of her father’s essays, recalls Stephen’s passion for reading, walking, and mountain climbing. She invoked her father again in “The Leaning Tower,” an essay adapted from a wartime lecture she gave in 1940 to the Workers’ Education Association, in which she conflated her expansive concept of amateurism with her hopeful, democratic vision of the reading life:

Let us bear in mind a piece of advice that an eminent Victorian who was also an eminent pedestrian once gave to walkers: “Whenever you see a board up with ‘Trespassers will be prosecuted,’ trespass at once.” Let us trespass at once. Literature is no one’s private ground; literature is common ground … It is thus that English literature will survive this war … if commoners and outsiders like ourselves make that country our own country, if we teach ourselves how to read and how to write, how to preserve and how to create.

Fittingly, Woolf’s approach to criticism was inspiritingly open-ended. She perceives this quality in Hazlitt’s essays, but she might as well be describing her own:

If such criticism is the reverse of final, if it is initiatory and inspiring rather than conclusive and complete, there is something to be said for the critic who starts the reader on a journey and fires him with a phrase to shoot off on adventures of his own. 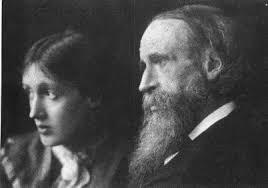 The multivolume compilation The Essays of Virginia Woolf has been out of print for decades, and readers have been awaiting the conclusion of this expertly edited and lavishly annotated scholarly edition of Woolf’s complete essays for nearly 25 years. At last the project is finished with this, the sixth volume, which was published to coincide with the 70th anniversary of Woolf’s death last year. This installment, which gathers the pieces she wrote from 1933 until her suicide in 1941, poignantly illuminates the effort and ideals that informed her critical writing. Woolf became a financially secure novelist in 1928 with the publication of Orlando, yet she continued to toil at her relatively unremunerative reviews. For example, by cross-referencing her letters and diaries, Stuart N. Clarke, this volume’s editor, reveals that in November 1936, Woolf began work on her lapidary, psychologically astute, tender essay on Edward Gibbon. That project demanded that she read his journals, letters, and the six drafts of his autobiography—and reread the six-volume History of the Decline and Fall of the Roman Empire, the work that naturally forms the cynosure of her piece. She labored at this review through the winter and spring of 1937 (“I’ve spent all the morning, every morning, writing; every evening reading. I had to dash through Gibbon”), until its publication that May. For this staggering quantity of work, she was paid 28 pounds, equal to something like $2,500 today—a nice lump sum, but a minuscule per-hour rate.

A similarly Stakhanovite effort lay behind her essay on Oliver Goldsmith, a piece that artfully interweaves incisive pen portraiture, a subtle literary analysis of “poetry clicking its heels together at the end of the line as though executing the steps of a courtly dance,” and a complex but trenchant history of literary patronage. Woolf was at this on and off for nearly a year: she began her efforts in early April 1933 by reading “four great vols of Goldsmith”; in July she quailed, “Oh If I could finish my Goldsmith and send it off. I must”—yet five months later she was still beavering away on “Goldsmith all the morning.” Only in March 1934 did she finally deliver the piece, and she was rewarded with 27 pounds.

Woolf’s grand aim in this exhausting labor—labor that perforce took time and concentration away from her novel-writing—was to be “able to make not merely thousands of people interested in literature; but millions.” She despaired at her failure. But the essays contained here—relics of that now-disdained Age of Print—are for the ages, and in that longest of long terms, thanks to these volumes, Woolf’s ambition might yet be achieved.